Here are some future movies I'm very excited about.  As this list is running off the top of my head the list is not in order of anticipation of excitement, it's just me writing down nonsense as it comes to me.  Hope you enjoy.

1. Bubba Nosferatu
I'm one of the many people who adores Bruce Campbell and rates Bubba Hotep as a timeless masterpiece.  I also adore the work of Don Coscarelli.  Ever since this project was first discussed I've been praying that one day it would come into fruition - well it's announced finally and appears to be Coscarelli's next project.  Good news - FINALLY.  Bad news - Bruce won't be reprising the role of Elvis.  Paul Giamatti is involved though and I'm going to give it a chance anyway.  Bruce would be the icing on an already delicious cake, but if it ain't to be then so be it.  Rumor has it Ron Perlman will star.

2.  Frankenstein's Army
Another Nazi horror about zombies.  We've seen them before but another one won't hurt anyone.  Another thing that excites me about this is that it's the first feature length from Richard Raaphorst, who has worked with Brian Yuzna and Stuart Gordon in the past.  For that reason alone I'd watch it but after seeing the trailer I'm very excited.


3. Dredd
I thought Stallone's Judge Dredd was a fun, entertaining cheesy movie, but I'm in the minority.  However, this new one does look awesome.  I mean, it looks a lot like The Raid in some aspects, but if the fight scenes and action are even half as good as The Raid  then we're on to a winner.


4. Berandal
Gareth Evans sequel to The Raid.  According to interviews the action is only going to get more gung ho, with car chases and all sorts being added to the mix.  I can't wait!


5. Zombie A-Hole
Dustin Wayde Mills is a young director who will gain cult status one day.  Mark my words.  He's the the psycho that brought us Puppet Monster Massacre and he's a cool guy on top of that.  I have the luxury of knowing him on Facebook and we've chatted movies.  We more or less share tastes.  He's told me about some of his future projects if his current features made on no money budgets take off and they sound amazing.  He reminds of an early Peter Jackson - making disgusting and hilarious movies with friends just for the fun of it.  Zombie A-Hole looks tonnes of fun and should be a blast.


6. Corpus Christi
Any movie written, directed or both by Richard Kelly excites me.  If I had a gun to my head and made to pick my all time favorite movie, there's a 1/5 chance that I'm going to say Donnie Darko.  All of his movies to date have kicked ass and he's one of Hollywood's most exciting writers and directors.  I have no idea what to expect from Corpus Christi and I'm going to leave it that way and be surprised when it finally hits screens. 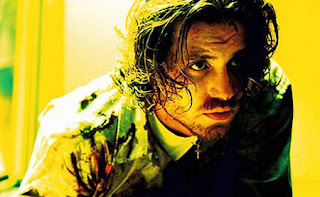 7.  Machete Kills
I can wait for the sequel to Sin City if it means a Machete sequel.  Especially one with a cast consisting of Trejo, Mel Gibson, Charlie Sheen, Amber Heard, other hot chicks, Tom Savini and possibly, Tony Jaa.  Hell yes! 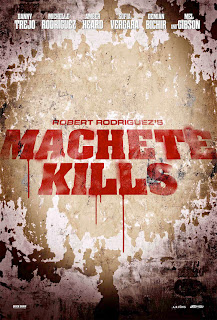 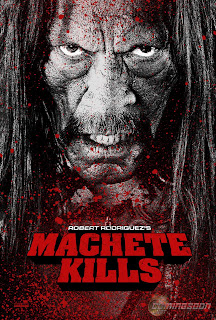 8. Django Unchained
This is my most anticipated movie.  When I hear of a new Tarantino project I obsess.  He's my all time favorite writer and director and I adore every single movie he's ever made.  He just makes cool genre pictures that appeal to the masses.  I'm expecting a pastiche of film influences as per usual, but that's why I love QT.

9.  Sin City 2: A Dame To Kill For
It's been in the works for so long I don't expect to see it any time soon.  However, it is certain to happen one day.  We might all be dead by then though.  Anyway, I can't wait for it as the first movie is a masterpiece.  Every time I watch it I'm blown away. 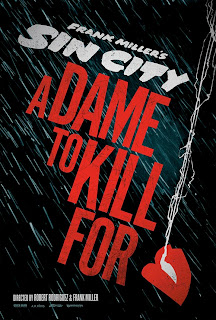 10. How To Survive A Garden Gnome Attack
Not to take anything away from this project as it does look awesome and from the same dude who brought the world the excellent kiddy horror, Monster House, but I feel the concept of killer garden gnomes should be used more in horror.  The only time I've seen killer garden gnomes was in an anthology movie.  Point I'm trying to make?  MORE GARDEN GNOMES IN HORROR.  R.L. Stine should write scripts because he saw the potential in garden gnomes when writing Goosebumps novels.

11. Tyrannosaurus Rex
I like Rob Zombie's films but I still think he's capable of better.  He does have great ideas however, and this one is his best.  He says it's a movie he really wants to make, yet he's held it off to make a hockey movie first and that's after the release of Lords of Salem and a new album and inevitable tour.  We'll be waiting awhile, but until then dream and look at this awesome poster: 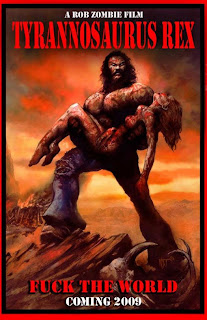 12. Hemlock Grove
This is a  mini series for Netflix directed by Eli Roth based on a graphic novel with the same name.  I can't wait for this.  It's a who-dun-it story about the murder of a young girl set in a small town (Twin Peaks, anyone?).  However, there's a lot more going on and to be honest, I don't know what to expect. It really does sound interesting and bizarre.

13. The Green Inferno
I'm just so happy that Eli Roth is directing again.  You know for a fact it's going to get a worldwide release and will be R Rated.  His gross should allow him creative freedom to make a really disgusting movie for the masses.  The Green Inferno is a cannibal movie based on the fake sequel to Cannibal Holocaust, so I suspect it'll be bloody.  I love Eli Roth.  He has his haters but I'll defend him to the grave. 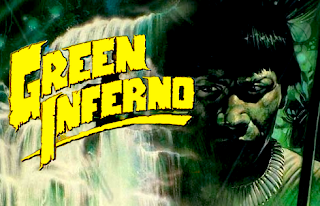 
15. Return of the Killer Klowns From Outer Space
It's a crime that this isn't the 25th sequel to the original classic.  They should just have kept churning them out.  Killer Klowns is godlike. 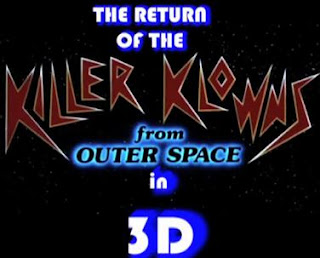 16. Clown
This was originally a fake trailer with Eli Roth's name attached, but it was really by a guy named Jon Watts.  It got such a positive response that it's now been given the green light and is expected next year.  The premise is fantastic and I think it has the makings of a horror classic.


17. Jack Brooks Monster Slayer 2
This is another one we may need to wait some time for.  According to Jon Knautz, his next movie will be a dysfunctional dark comedy about a family.  I can't wait for that either.  It's good to see a little genre switch up and experimentation by a young filmmaker.  But I want to see Jack Brooks kicking monster ass again in the near future.  If you haven't seen the first then check it out right now. 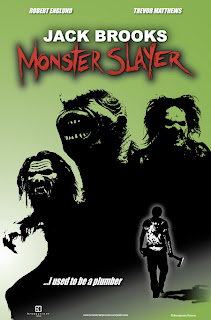 18. The Fast & The Furious 6
Fast Five was an excellent slice of testosterone cinema and an excellent progression of the series.  It was probably the best installment yet and the final chase scene was out of this world.  I can't wait for the next movie and I hope for more of the same - fast cars, macho action heroes, awesome action, hot women and witty banter. 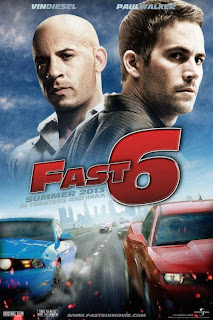 19. I, Frankenstein
Warring clans? Frankenstein?  Bill Nighy and Aaron Eckhart?  Yep, I'm sold.  A funny story about this one too.  One day, my friend Andy and myself went to Glasgow shopping and had a few beers.  We picked up a couple of comics and I, Frankenstein was one of them.  Anyway, we ended up drunk, I was sick on the train on the way home all over the carriage and we had to bolt before we got caught.  I left my I, Frankenstein behind and regret it to this day.  Hopefully the movie will make up for it. 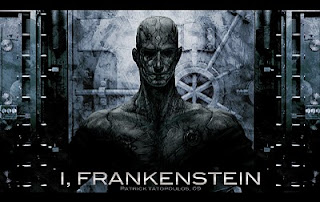 20. Twisted Metal
Based on a video game based on vehicular combat. homicidal maniacs and directed by the Brian Taylor half of Neveldine/Taylor, a directing duo who are prepared to put their own safety on the line to get the magic shots.  A movie based on this game is perfect for one of these guys and I'm 110% sure it's going to be out of this world awesome, action packed, violent and full of adrenaline. 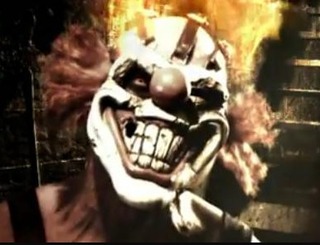 There's a lot more and I could go on, but twenty's plenty for now.  What are you all looking forward to?
Posted by Fistfull of Boomstick at 11:05