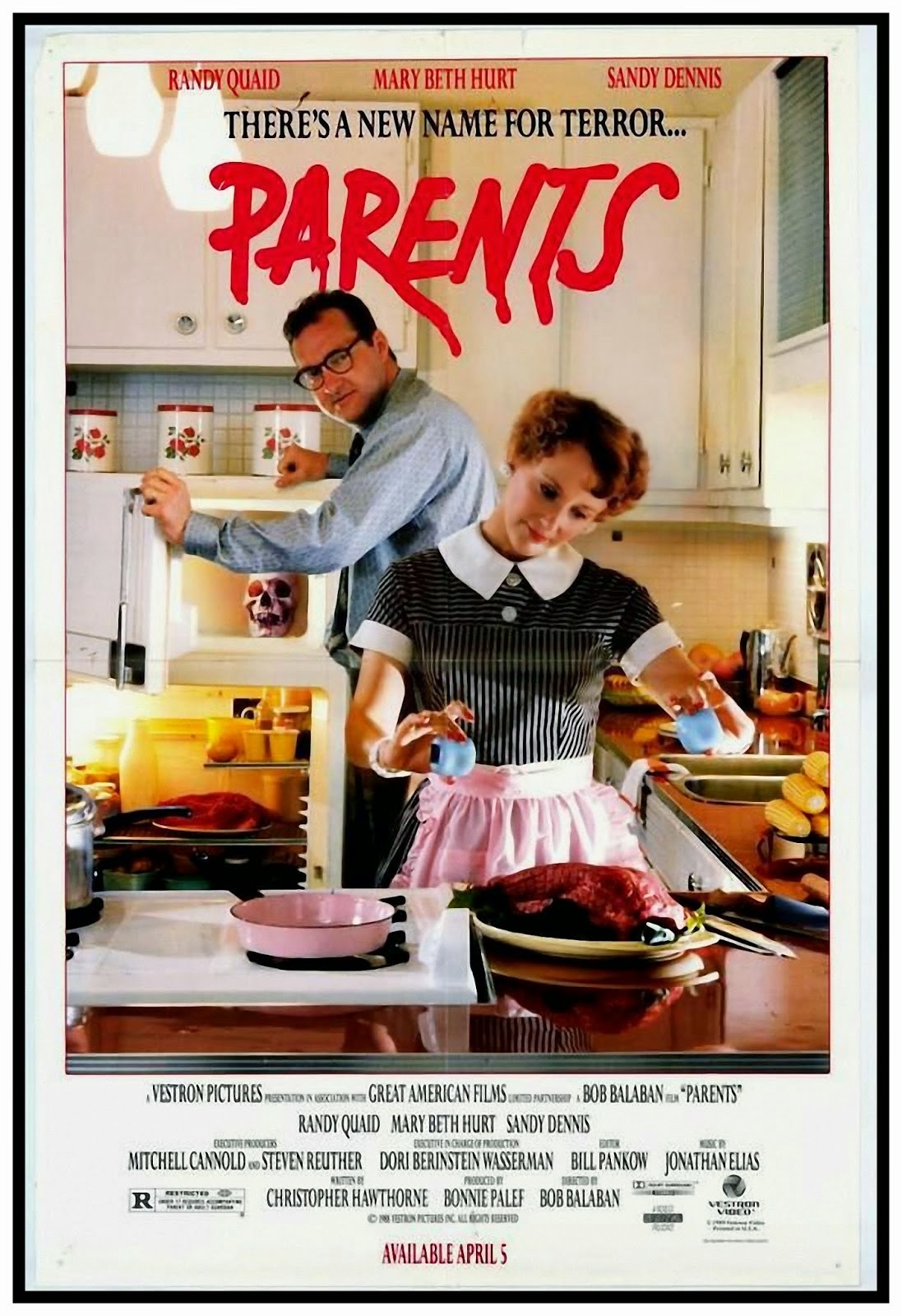 It's little gems like this from the 80's that ensures that decade will always be my favorite for horror movies.  Parents is one of the forgotten classics of that era, and in horror as a whole.  It falls into the niche of surreal, nightmarish family dramas along with the likes of Pin and Society.  Just like these movies it's eerie, strange, disturbing and hilarious to the most warped senses of humor, but what sets Parents apart is that it's all viewed through the eyes of a young boy.  He must be one of the strangest kids I've ever seen in a movie, due to the fact he lives in quiet fear of his parents, and who could blame him?  On paper they come across as the perfect All American family in the eyes of the community.  However, there's something completely off about them from the start.  Little Michael suspects his parents might be cannibals but we're not sure if its just a nightmare or surreal twisted fantasy, but what is certain is that its only a matter of time before something sinister happens.  The movie feels dreamlike throughout and is very reminiscent of David Lynch, from the cinematography to the ominous synth scores to the violent nightmarish imagery.

It really is a strange little flick, made all the more odd by the performances of Randy Quaid and Mary Beth Hurt as Michael's parents.  Randy Quaid plays an attentive patriarch constantly giving his son advice, with something sinister lurking underneath his breadwinner façade.  Mary Beth Hurt on the other hand is the perfect Stepford Wife, and just like a Stepford Wife she's very devoid of any real humanity.  The movie was marketed as a horror comedy, but there aren't really any laugh out loud moments besides the darkly humorous psychological torment of a child living in fear of his cannibal parents.  It's funny on an offbeat level and doesn't seem to take itself too seriously, but rest assured it is very much a horror film.  I laughed lots, but many others do find it disturbing.  It's an odd, disturbing, Suburban nightmare about the psychological torment of a young boy.  It plays on the worst childhood feat that your caregivers are dangerous and sprinkles it with slightly odd, quirky, black humor.   All in all, as tasty a feature as the human flesh being cooked up on screen.  Yummy.