This was a great day as I discovered an outstanding independent movie and a director whose body of work I bought as a result.  I also watched a fun kill-teens-look-at-boobs movie.  So overall, a fun day. 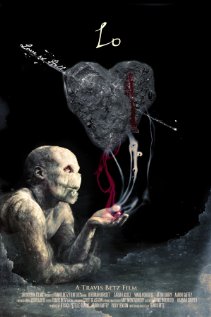 Lo isn't a horror movie in the conventional sense.  Actually, I dare you to watch it and then try and compare it to anything you've ever seen before.  I sure can't and I've watched a lot of horror, comedy, mumblecore and *cough* romantic drama.  Lo is a combination of all of these genres, with a little musical thrown in.

The entire film revolves around a conversation between Justin and the demon, Lo.  Justin has summoned Lo for one reason and one reason only - to bring back the woman he loves from the pits of Hell.  Not once in the entire movie do they leave Justin's living room (not even when there's flashbacks as the stories are projected on the wall of the living room).  We meet one or two other characters along the way (demons of course) and as the story progresses, it takes some surprising turns for Justin.  The movie is also set out like a stage play, which I found worked in its favor as, not only is it very low budget, but it also gives the film more uniqueness and originality.  I haven't seen any of Travis Betz other movies, but I have ordered the full set as every single one of them appeals to me.  I suggest you do the same because he seems like a unique talent and from what I've read about his other movies, he's impossible to pigeonholed.  In a genre where people often complain about lack of originality existing anymore... Travis Betz.  That's originality.  I also recommend his interviews as he's pretty damn funny, but also really insightful.  Lo is a funny, original, bizarre, romantic and ultimately tragic love story that's wrapped in a horror blanket. 9/10. 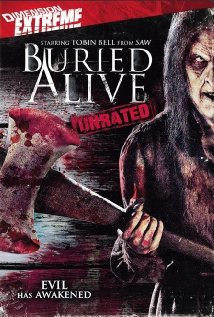 This is just another run-of-the-mill supernatural slasher that pleasantly passes some time but doesn't leave a lasting impression.  There's some boobs though.  I really did have a good time watching it, but it had the potential to be so much better.  To start with, the killer wasn't really explained at all.  A little more insight into the legend could have made this so much better.  In addition, the characters were quite stupid.  I mean, there's always stupid characters in slashers.  Other than a little incest and some nice boobs, there's nothing to make them memorable past my next drunken weekend.  Anyway, some better deaths would have improved this leaps and bounds.  There was one death that's outstanding though involving a guys face and the ending was pretty spectacular so all in all I give it 7/10.  Watch it to pass the time without thinking.
Posted by Fistfull of Boomstick at 21:23