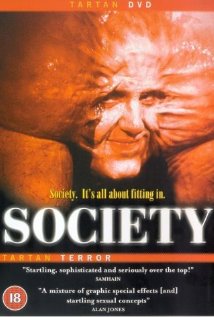 So, to summarise - most definitely not for everyone but if you like odd movies then check it out.  It's funny, disgusting, intriguing, goofy, original, sinister and mesmerising throughout.  Brian Yuzna, you are a wonderful man.
Posted by Fistfull of Boomstick at 14:13